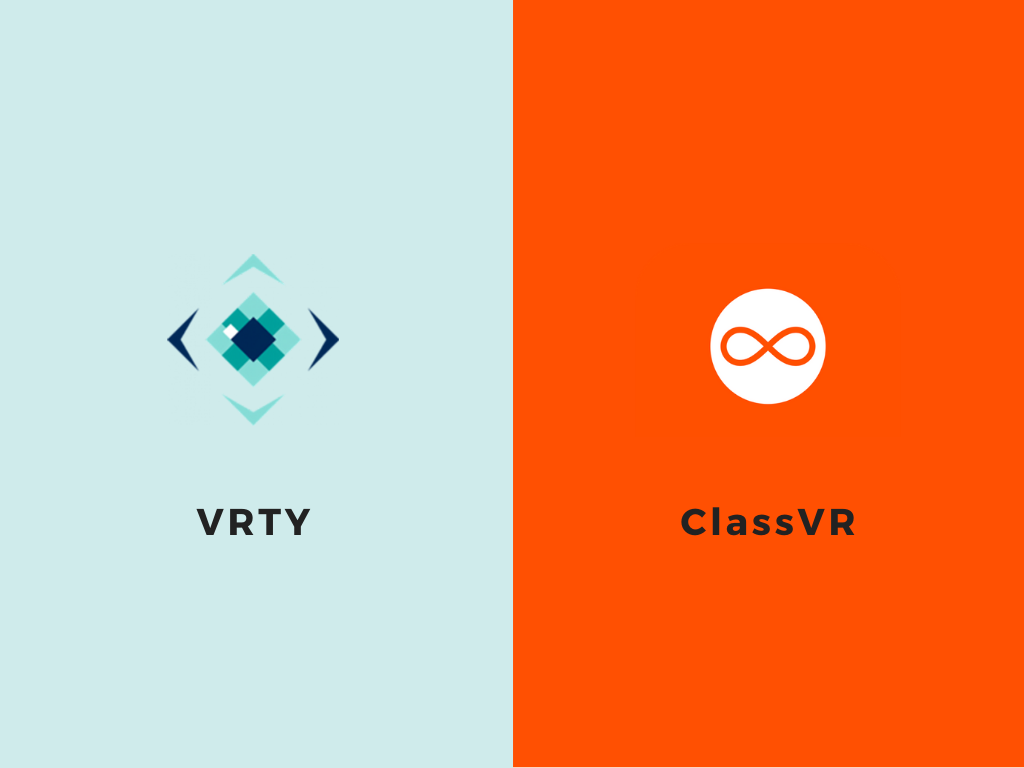 We received great interest in our last comparison article between VRTY vs Google Tours Creator and compare VRTY and Google Tour Creators in a Table format. So this time we decided to write another article comparing VRTY with another well known VR software, ClassVR.

Both ClassVR and VRTY have an online platform for educators to utilise and create VR content for their lesson plans. However, the structure and function of both online platforms are different. The structure of ClassVR focuses on viewing VR content. It is mainly for teachers to manage and connect VR scenes from the ClassVR library to the ClassVR headsets for students to view. Educators have a screen to oversee where the students are viewing the scene while they are in the VR headset. Educators also have the control to guide the students on where to see while in VR mode, perfect for a classroom setting.

As for the VRTY platform, it is a creation tool for educators and students to create, build and share their VR/360° projects with others. Educators and students have their own VRTY account to express their creativity and create a VR/360° project. They can choose their own scenes and create their very own marker (hotspot) icons to place in the VR scene. Also, they have the freedom to create marker content which can include images, GIFs, videos and audio for the viewers to see when they interact with the markers. VRTY also have a CoLab feature, where the educator can guide multiple viewers throughout the same VR/360° project at the same time.

As ClassVR mainly focuses on viewing VR content, they provide hundreds of VR scenes for educators to choose from for their students to view and experience. Creators can upload 360° images and videos for their students to experience using the ClassVR equipment too. Sign up to VRTY to check out VRTY’s curated library which stores over hundreds of 360° images and videos and content marker icons from all over the world just for creators to build their VR/360° projects. Since VRTY is a VR creation platform, the creator can plan, film and upload their own 360° images and videos captured from 360° cameras all in one platform.

Markers commonly known as hotspots contain informational pop–up boxes when the viewer trigger or hover over it in a 360° scene. On the VRTY platform, it is called as the content marker, where the creator can add and layer all types of content in one. They accept image, GIF, video, text and audio type content. Markers are a great tool to add more information to deliver educational details of the scene. On top of that, creators can enhance the markers by setting it to move or appear at a certain time in a 360° scene. Check out this VR project where it shows VRTY features clearly. However, ClassVR does not have the capability of adding and placing markers in a scene to show and add information to the viewers.

Sharing any VR/360° project is essential for creators and viewers. For ClassVR users with the assumption of having only one kit per class, students have to share between 4-8 headsets among the class. Teachers have the capability to share and control a 360° scene to lead students who are in the VR headsets in 360° using the ClassVR classroom portal. Teachers can add a guided hotspot to direct and guide students to view a certain area in a scene. Unfortunately, ClassVR does not have the flexibility as compared to VRTY to share content with others who do not own a ClassVR kit or software. VRTY has a simple sharing method, creators can share their VR/360° project through a unique generated link, QR code or creators can also generate an embed code to share it on websites.

As ClassVR focuses on viewing and experiencing VR projects, they have their own built-in VR headsets that link with their online software. This setup gives teachers full control easily over what they want their students to view from the online software to the students’ VR headsets. ClassVR provides their custom 4 headsets kit or 8 headsets kit for the classroom together with access to the online ClassVR software. ClassVR users are limited to the ClassVR custom VR headsets to view the VR projects. Their custom VR headsets have an amazing technology where there’s a built-in camera for hand gestures and AR content. The unique hand gestures are created for viewers to explore the scene easily without tapping on the screen, i.e.: shake head to return to the menu, OK hand gesture to choose and tilt head right or left to scroll their menu. Teachers also can monitor where the students are looking in real-time through the classroom portal.

To combat the VR sharing and viewing scalability issue, VRTY recommends creators and viewers to use mobile VR headsets to view whenever and wherever with just a link click away. If VR is not an option to view and experience, viewers can view and experience the VR/360° project using the 360° mode on mobile, tablets, laptops and computers. Get your free access today for free to start creating in VR/360° without putting in any credit card details.